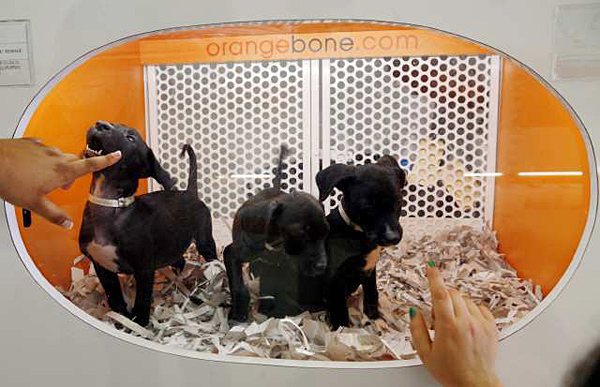 This post is originally from The Daily Wag at MarthaStewart.com and is written by our own Pia Salk. As of now, the City of West Hollywood has taken a landmark stand for shelter animals. In a compassionate and historic move led by council member Jeffrey Prang, this progressive city council voted to give shelter animals a fighting chance. The recently passed ordinance prohibits pet stores from selling cats and dogs other than those who have been rescued from shelters.

And frankly there is no need for pet stores to access animals from anywhere but the shelters. On any given day at a city shelter or rescue group, there is no shortage of purebred and mixed puppies and kittens just waiting to be loved! But while helping to rescue innocent adoptable pets is certainly reason enough for such legislation, it was initially prompted by an investigation revealing that a West Hollywood pet store was selling dogs supplied by inhumane puppy mill breeders. The same store was also importing puppies illegally for resale, a breach of federal law. Sadly, these are common ways in which pet stores get their kittens and puppies.

Shockingly, the store’s suppliers were USDA approved. The reality is that USDA standards are…read the full post here.