Amazing Group Effort – How Teamwork Can Save Lives

A few weeks ago, a dedicated Southern California rescuer, Claudia Hoffman, got a troubling phone call. Two stray dogs were seen out on a barren field in Carson, CA. Left all on their on, one was a large female Mastiff and the other a little black Terrier-Chihuahua mix. Apparently they had been there for a while according to the neighbors who were kindly providing them with food and water. These dogs, likely dumped and discarded, were very shy; they would not get close to people and would run away when approached. Claudia knew a strategy would be needed in order to trap this pair and bring them to safety. Her goal was to take them off of the streets and into a warm home where they would enjoy the good life they deserved as part of a family.

Claudia put a plea out to all the Southern California rescuers she knew and asked for support from the local community. With so many animal advocates and rescue groups in the Los Angeles area, one might think that pet overpopulation is not an issue there. But it is. It’s indeed a big problem in this part of the country, although many passionate people are involved in trying to help put an end to the overwhelming number of homeless pets in LA County. Since everyone has different tactics, opinions, and beliefs, sadly working together does not always happen among the animal loving community. Being an emotional topic and with a wide array of personalities who are involved, sometimes even in this arena it’s unfortunately difficult for people to come together and collaborate in order to be most effective.

Despite this trend, Claudia knew she could not help these animals alone. She needed people to assist in the mission and stand alongside the fence 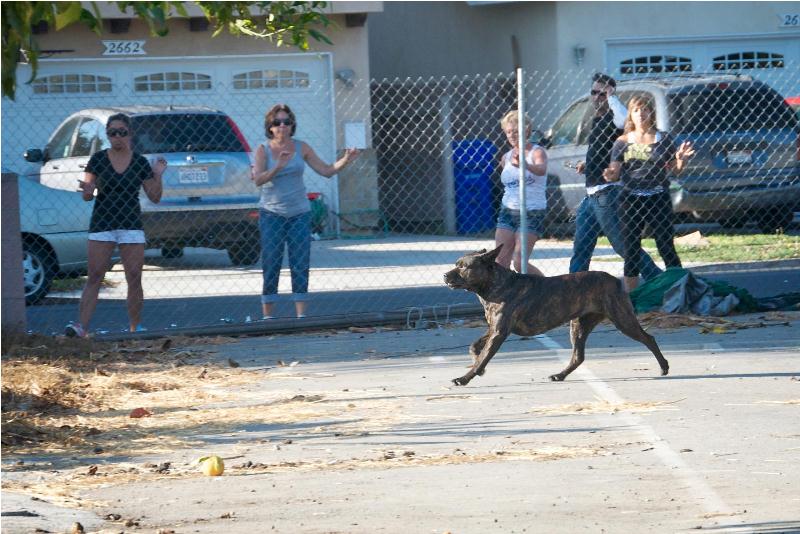 near the field so that she could ensure that both the Mastiff and the Terrier mix wouldn’t escape. To her great pleasure, her call was not only heard but answered. Over forty people from all walks of animal rescue life showed up at eight on a Sunday morning to help capture these dogs. With such a large turnout of helpers, Claudia was able to coordinate teams, carpool volunteers to the location, and delegate tasks efficiently. Though at first the pups tried to get away, the fence was blocked by so many people. When the female Mastiff grew tired of attempting to run, she finally let herself be leashed, and her little boyfriend soon followed. 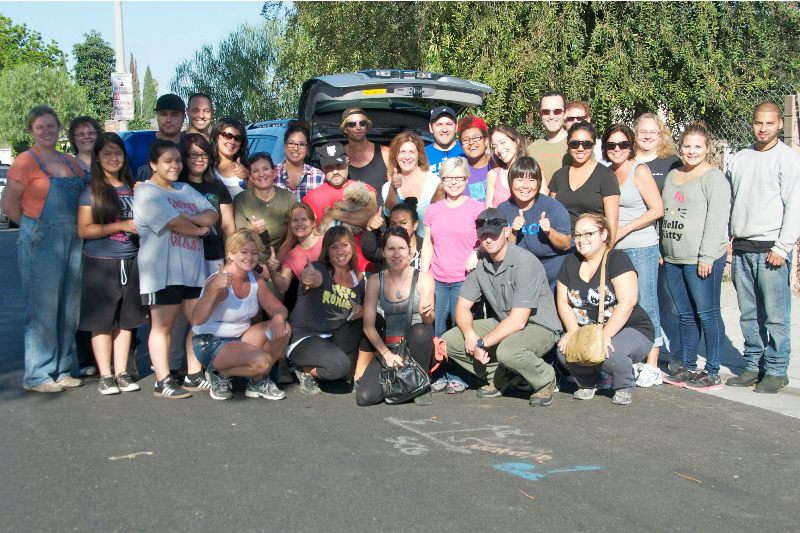 Claudia admits that without the help of all the volunteers who showed up, it would not have been possible to rescue this duo. It was team work at its finest, and we wish this sort of unity was always the case! Now these beautiful dogs, such sweet souls that someone had abandoned in a desolate area, are safe and sound. This week they’ll be getting a full vet exam, blood work, shots, bath and flea treatment, as well as being spayed/neutered, micro-chipped, and anything else they may need. They will be adopted out together and will no doubt live a happily ever after, thanks to Claudia and amazing teamwork by compassionate individuals like you. We hope this story helps inspire more people to get involved in helping animals, and in working together to make a difference. United we stand, and with strength in numbers, how many more lives can we save?