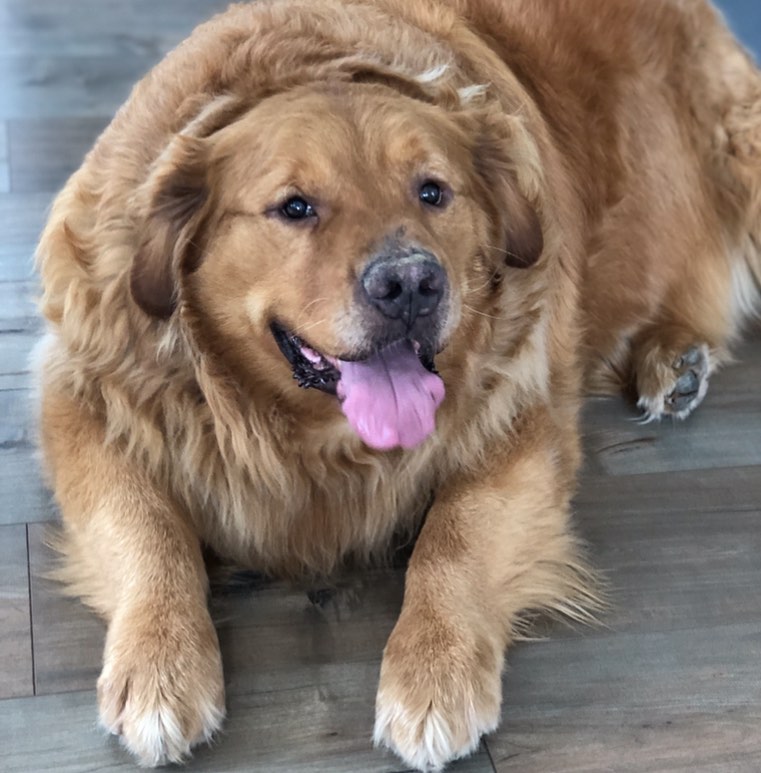 When Kelsey began looking for a pet to adopt, she didn’t know or expect the life-changing journey she was about to embark on with one very special dog.

At the start of her search, all Kelsey knew for certain was that she wanted a large, lovable dog. After receiving multiple emails and alerts from Adopt-a-Pet.com about adoptable dogs in her area, she finally laid eyes on a Golden Retriever named Phil. As soon as she saw his photo, she had a feeling he was the one. Phil’s big smiley face completely melted her heart and she made arrangements to meet him as soon as she could. Phil was posted on Adopt-a-Pet.com’s Rehome, the safe, reliable, and free peer-to-peer pet adoption platform, by a family who could no longer care for him and knew he deserved more. When the two met, the connection was completely undeniable. Phil’s previous owners picked up on the bond between Kelsey and Phil immediately as well and knew she was the perfect new owner for him. Kelsey even feels like Phil knew that they were a perfect match. “I know how stubborn [Phil] can be when it comes to getting in the car,” Kelsey said. “Looking at it now, the day I adopted him he got into my car with more ease than ever. I can tell he knew he was going ‘home.’” 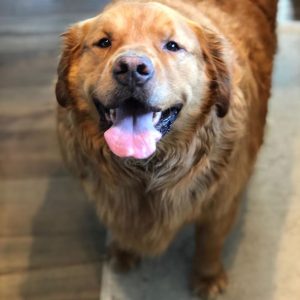 There was one big problem though. Phil weighed 148 pounds, about double the weight of an average male Golden Retriever. Kelsey learned that Phil was previously free fed, meaning there was always food out for him and no limits on how much he could eat. She worked closely with her vet to create a game plan to help Phil get back to a healthy weight. It was not without challenges though. “The first few weeks were equally challenging and amazing,” Kelsey said. “I live in a second-floor condo with wood floors. The first two weeks I had to lift Phil up every single step.” On top of this, Phil wasn’t able to walk even a half mile at a time. 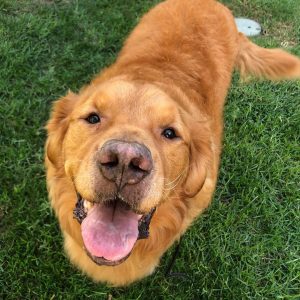 With a lot of love and patience, Kelsey took things day by day with Phil. The two took baby steps together so that Phil could build up his strength and begin shedding pounds. Within a few weeks, Phil had conquered getting up the stairs on his own and was able to walk a half mile.  “It was amazing to witness Phil’s excitement when he was able to do something that he wasn’t able to do before. He would look at me with the biggest smile to make sure I saw his accomplishments!” said Kelsey. 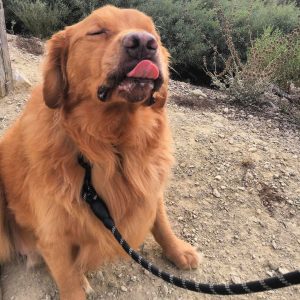 Since being rehomed, Phil’s personality has blossomed. He is a very sweet and sassy guy with good manners and a big heart. Phil also continues to push himself everyday and seems just as motivated as Kelsey to live a healthy lifestyle. These days, Phil loves to go on walks and is usually the one pushing Kelsey to go even further distances.

Despite his love of the outdoors though, Phil is still a couch potato at heart. When he was first adopted, Phil wasn’t able to jump up on the couch due to his weight. About a month after living with Kelsey, he figured out how to hoist himself up, something that he has never in his life been able to do. He now loves spending time on the couch with Kelsey binge-watching Parks and Rec, Schitt’s Creek, and live hockey. 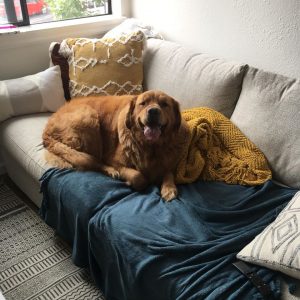 Phil is now down to 107 pounds, but his journey is far from over. Kelsey continues to work closely with Phil’s vet to monitor his food intake and make sure he is getting plenty of exercise. 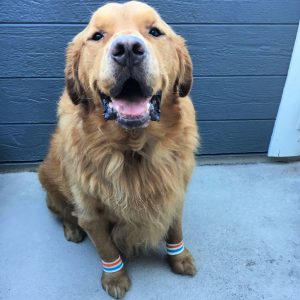 Once Phil hits 100 pounds, he will be fully evaluated again and Kelsey and the vet will decide on an ideal weight for Phil to maintain.

Ready to start a Happy Beginning of your own with a new pet? Begin your search now.