Getting Along with Your Pet < The Most Heartwarming Pet Movies

The Most Heartwarming Pet Movies 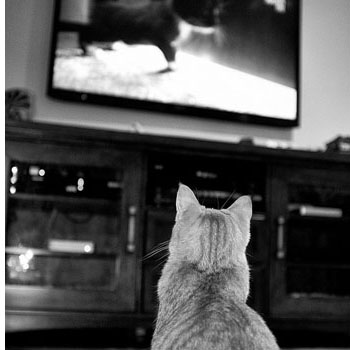 Films about dogs, cats and a number of other pets abound in Hollywood; and there’s a reason why. To this day, I can’t even think about the final scene in Homeward Bound without wanting to cry – tears of joy, of course! And I’ll never forget sitting in my 6th grade class watching Where the Red Fern Grows. When my teacher turned the lights on, everyone was teary-eyed! Movies about animals have a way of pulling at just about everyone’s heartstrings, young or old. While many films about animals end with the loss of a beloved part of the family, it doesn’t make it any less heart-warming or sweet. The following movies will make you appreciate fur-balls, fish and even pigs, with these tales that celebrate the bonds that humans form with animals. Warning: Have a box of tissues handy, just in case!

That Darn Cat — The 1965 Disney classic features a Siamese tomcat that plays an important role in assisting the police and saving a woman being held hostage by bank robbers. There are plenty of hijinks with car chases, but also a sweet ending for this wily cat.

Lady and the Tramp — Everyone knows this animated movie for the sweet spaghetti and meatballs scene. That’s because the heart of this movie is all about the love between a mutt and a pampered household dog.

Hachi: A Dog’s Tale —Inspired by a true story, Hachi tells the tale of Hachi the dog, waiting for his owner Parker, at the train station every day. After Parker experiences a fatal heart attack, Hachi continues to go to the train station, proving a pet’s love knows no bounds.

The AristoCats — After a butler learns a family of cats is set to inherit their owner’s fortune, he kidnaps and hides them away in the French countryside. Fortunately, for the cats in this animated flick, they’ve got a lot of animal friends to help them find their way back to their Parisian home.

Lassie Come Home — While there have been many Lassie movies, it’s the 1943 original that first established the amazing bond between a boy and his dog, a collie named Lassie. After the boy’s family is forced to give up their dog, Lassie is determined to find his way home, as he travels from Scotland back to Yorkshire for his best friend.

Charlotte’s Web — After a young girl named Fern saves the life of a piglet runt, Wilbur, he’s moved to a barn among  farm equipment and a slew of new animal friends. To keep Wilbur alive through the winter though, he needs more than the help of Fern. Charlotte the spider, by weaving her web, convinces the farmer that this is one special pig.

Finding Nemo — Although Nemo the fish is no one’s pet, this animal movie is all about the lengths a father will go to save his son. With the companionship of a forgetful fish named Dory, Nemo’s father has run-ins with “vegetarian” sharks, poisonous jelly fish, and surfer sea turtles while on his journey to save Nemo.

Free Willy — A troubled boy named Jesse, befriends a surly whale named Willy at an amusement park. When he learns that Willy’s life is in danger, he’ll do anything he can to reunite his friend with his family in the great big ocean.

All Dogs Go to Heaven — While a strange premise, a dog returns from the dead to find his killer. The film quickly becomes an animated flick about forming bonds, even in the most unlikely of places. Charlie the dog then befriends orphan Anne-Marie.

Marley & Me — Dogs are important parts of the family; and that’s the heart of this story about a crazy dog and the family that loves him, faults and all. Warning: You WILL cry.

Where the Red Fern Grows — Based on the popular children’s book, this film follows the adventures of young Billy, and his two hunting dogs in Cherokee Country and the Ozarks.

Homeward Bound (and its predecessor Incredible Journey) — After three pets: two dogs and a sassy cat, are left in the care of a friend while their owners are away, they begin to worry about their masters. Determined to find their family again, they head out on a journey of a lifetime across the Sierra Mountains.

Any of these movies are sure to touch the heart of any pet lover. Once the credits roll, make sure you go give your furry friend a hug!

Michelle Rebecca is an aspiring writer, blogger, and animal lover. She has a passion for the Internet, and loves how it connects people across the globe. She loves that blogging gives her the opportunity to voice her thoughts and share advice with an unlimited audience. Follow her on Google+.