A Short History of Adopt-a-Pet.com 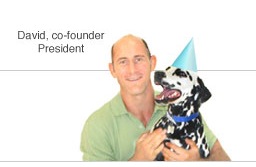 Adopt-a-Pet.com began as “1-800-Save-a-Pet.com” in the year 2000, and was a comprehensive program proposal to end the overpopulation of companion animals in shelters in Los Angeles, CA. That program was based on a year of research into the nature of the problem, and proposed scientifically-based solutions and projections. To sum it up, ending pet overpopulation begins with a realization that the problem is largely under human control and is solvable. It also begins with a commitment in a community by the residents and leadership that killing companion animals in animal shelters as a way to deal with the shelters being full is an unacceptable solution, and it is unfair to ask the people who work at shelters to do it.

Pet overpopulation in any community has a varying mix of three causes:

Adopt-a-Pet.com created target goals and specific program ideas to deal with all of the problems listed above for the city of Los Angeles.  Unfortunately, we did not receive the major grant we had hoped for to implement the entire program, so with our limited private funds, we created one small portion of that program, a pet adoption website, and turned our attention to becoming the marketing agency for all shelters and shelter pets to get pets seen and adopted.   Our goal was to save pets’ lives, and our goal for funding was to ultimately create value for pet-related companies, so they would sponsor us.  This would leave private donations able to go to shelters and rescues, but getting the attention of these large companies proved difficult.

We grew steadily, and in August 2005, when Katrina hit New Orleans, we were in a position to help.  We contacted our database of shelters to assist with the animals being rescued from New Orleans, and were also called upon to be on the ground and help lead the actual rescue effort.  We answered the call and were there for 6 months, volunteering our time and leadership skills.

Our contacts and visibility with major animal organizations grew as a result of our work with Katrina, and within several years, we caught the eye of Purina, the world’s largest pet food company.  Purina saw our potential and our effectiveness at our mission, and began sponsoring us in 2008.  Bayer Animal Health, joined suit shortly thereafter.

Adopt-a-Pet.com is now North America’s largest non-profit homeless pet adoption website, sponsored by the passionate pet lovers at Purina and Bayer Animal Health. Adopt-a-Pet.com is more than just a pet adoption website, however. We consider ourselves to be a marketing agency for shelter pets, getting pets seen both online and offline via a variety of publicity efforts and campaigns.