Pet Health and Safety < For Over 100 Years, Pitbulls Were Our Babysitters

For Over 100 Years, Pitbulls Were Our Babysitters 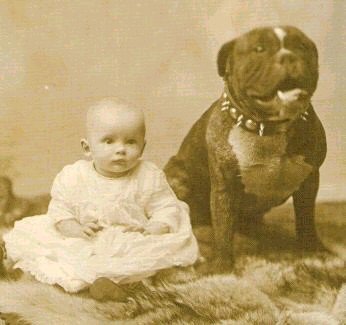 This article and collection of amazing historical photos was created by Yonah Ward Grossman from ywgrossman.com. Astoundingly, for most of our history America’s nickname for Pit Bulls was “The Nanny Dog”. For generations if you had children and wanted to keep them safe you wanted a pit bull, the dog that was the most reliable of any breed with children or adults. The Nanny Dog is now vilified by a media that always wants a demon dog breed to frighten people and LHASA-APSO BITES MAN just doesn’t sell papers. Before pit bulls it was Rottweilers, before Rottweilers it was Dobermans, and before them German Shepherds. Each breed in it’s order were deemed too vicious and unpredictable to be around people. Each time people wanted laws to ban them. It is breathtakingly ironic that the spotlight has turned on the breed once the symbol of our country and our national babysitter.

Pit Bull’s jaws do not lock, they do not have the most powerful bite among dogs (German Shepherds have that honor) they are naturally neither human or animal aggressive (in fact pit bull puppies prefer human company to their mother’s two weeks before all other dogs), and they feel as much pain as any other breed (accidentally step on one’s toe and you’ll see).

The most tolerant, patient, gentle breed of dogs is now embarrassingly portrayed as the most dangerous. It would be funny if the new reputation did not mean 6,000 are put to death every day, by far the highest number of any other breed euthanized.

That’s a lot of babysitters.

(Pictured: As you’ll see, from the richest to the poorest and everything in between, in America the pit bull was the dog for kids. Don’t miss the little boy in the goat cart at the end. He’s priceless.)

We loved pit bulls then and many of us still love them now. Share your love of pit bulls with others (here are some great gifts to show off your pit bull love), let them know the misconceptions are just myths, and give your pittie a big hug. Maybe in time we’ll start treating these babysitters better. 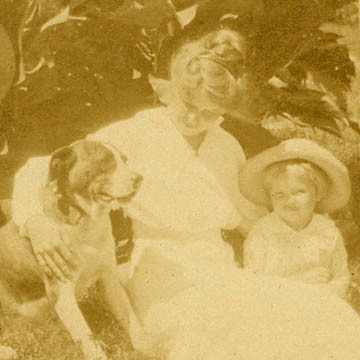 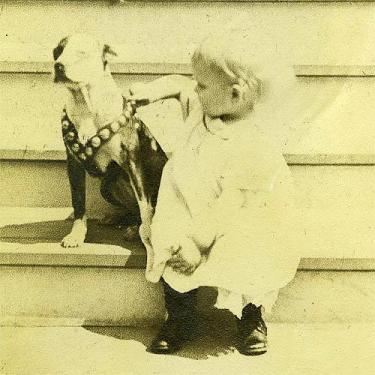