Posted by Jennifer on February 3rd, 2011 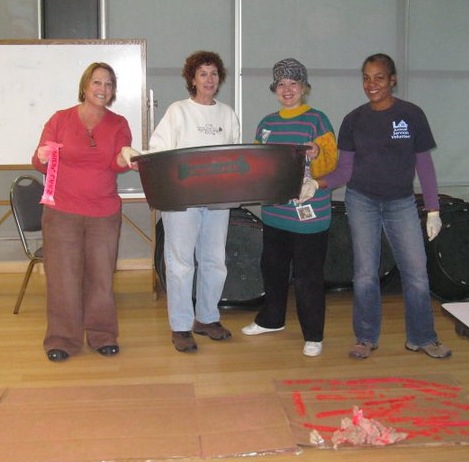 Sometimes, a simple idea started by one person can inspire dozens more to help, and make a world of difference for thousands of pets waiting to be adopted in shelters! Sherry Brewer is one of those heroes for homeless pets.  Her simple idea? Special shelter-proof dog beds to keep dogs blankets warm and dry in their kennels. Her first solo effort involved getting an amazing discount deal direct from the Perla dog bed manufacturer, getting permission from the Los Angeles City shelter system to put the beds in the kennels, and then raising enough donations for 79 dog beds! As if that wasn’t enough, within just a few weeks Sherry expanding her network with more volunteers in a nonprofit shelter advocacy group… then raising almost $7,500 in donations allowing them to purchase an incredible 600 dog beds for six Los Angeles city shelters!! We hope Sherry’s story will inspire you to think what can you do to help the pets at your local shelter… You, just one person, can make a HUGE difference. As Sherry says, “Just do it!”

How did you get your start volunteering to help homeless pets?

Many years ago, I went to a local mall to shop and a rescue organization was having a dog adoption inside.  When I learned what was going on and spoke with a couple of the volunteers, I then filled out a volunteer application and shortly thereafter I joined the group in the mall to help place homeless dogs.

How long have you been volunteering?

I’d say nearly 10 years.  Most of those years I volunteered with L.A. Animal Services.  Presently, I volunteer for a couple of rescue organizations, especially at their mobile pet adoptions.

What are some of the things you’ve done to help animals as a volunteer that you are most proud of?

I have a real soft spot for the senior dogs and other “underdogs,” including those that appear to be fearful and shy, and those that look scary but have the sweetest temperaments.  I’d spend time with them, gain their trust, and promise them I’d find them a home where they would be loved.  When I greeted a potential adopter, I’d try to get to know them a little and ask about their daily routine, etc.  And then I’d say, “I have just the dog for you.”  And more often than not, it was a match.  I’m proud to say many of the adopters remain as my friends and keep me informed about their furkids, and occasionally I get to see them.

What inspires you to keep volunteering?

My love for animals, mostly; but it also affords me an opportunity to talk with people and encourage them to be responsible pet owners.  People need to know that having a pet is a lifetime commitment.

What are any lessons you’ve learned that might help new volunteers?

This is a bit touchy for me.  I believe that volunteers, and others, have an obligation to be a voice for the voiceless.  Not all organizations agree with that.  No matter what, just remain true to yourself and persevere with the hope that some day soon, the crisis in our shelters will end and we will become a more humane society.

You recently raised donations for 79 shelter-proof dog beds to go in the LA City East Valley shelter’s dog runs, so their blankets would stay dry and the dogs would stay warm! What gave you the idea to get those kind of beds? 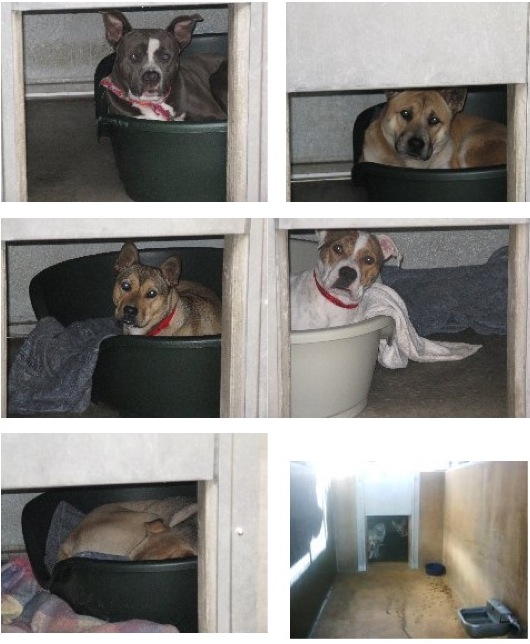 A friend/fellow volunteer was at my home during a recent downpour.  I shared with her how distressed I felt when I thought of the dogs suffering in the open kennels at the East Valley shelter.  She told me about this particular bed because she had provided many, through donations, to the West Valley shelter a couple of years ago.  After doing some of my own research and trying to find a company in the U.S. that carried them, I contacted the General Manager of LAAS and told her about them and she gave me the okay to try to order them.

How did you fundraise for them?

Because I hate to ask anyone for money, and especially because it was two days before Christmas, I sent an email, an SOS to help the EV dogs, to a network of animal lovers asking if anyone would be willing to donate for beds.  Shortly thereafter, I received several responses suggesting I open an online account to accept donations.  Truthfully, I didn’t anticipate hearing from anyone, but I had to quickly figure out my next move.  First was contacting the one company I found that had any beds in stock.  There were 79 beds in their warehouse.  When I learned the cost per bed and shipping fee, I sent another email sharing the amount that needed to be raised and where they could donate.  And soon thereafter Paypal started emailing me each time a donation was made.  When I realized there might be a chance to raise enough money for all the beds, I called the company back and they agreed to hold all the beds for 12 more hours.  I was ecstatic when, the next morning, there was nearly enough money contributed to order all 79 beds.

And, by the way, since word got out about the beds and people saw the photos I took of several of the dogs curled up in them, I have been contacted by volunteers from a couple of other city shelters who want the beds for their dogs, so a goal is underway to get beds into all the kennels in L.A.’s city shelters.

How did you get permission to put them in the kennels?

The GM sent an email to the shelter telling staff to expect 11 boxes in the near future.  There was some speculation that the beds might create more work for the already-busy employees, and because I figured that unpacking the beds might be time-consuming, I contacted the captain of the shelter and told him I would be by when the beds were delivered so the staff wouldn’t have to take on more responsibilities.  Thankfully, three wonderful friends offered to help me.  When the beds were ready to be placed in the kennels, the volunteer liaison, with a couple of assistants, began putting the beds in the kennels, which gave me the opportunity to take photos.

If someone was going to do this for their city’s shelter, any advice you have for them?

Just do it.  It might seem overwhelming at first, especially if you’ve never set up a donation account or you have to make some calls to different companies, but after you see some of the dogs within the first few minutes of getting a bed curl up inside, you’ll realize how worthwhile the experience is.  Today, I went back to the shelter and I wandered some of the aisles.  When I saw that the majority of the beds had a dog curled up inside, my heart did flip-flops.  And the dogs appeared to be so much calmer.  In fact, on my way out, I asked one of the employees if it was my imagination that the dogs seemed more relaxed and she told me that when she puts food in the kennels in the morning, some dogs don’t want to get up.

Not only will your life be enriched, but you’ll be enriching the lives of others.  Volunteers don’t just have to be “in the trenches.”  There is a need for volunteers to educate about responsible pet ownership and the importance of spaying and neutering pets; volunteer at mobile pet adoptions, etc.

On the other hand, as a volunteer, I sadly witnessed so many pets being discarded, like a pair of old shoes, in the shelters and I’m aware of so many others left to fend for themselves in unfamiliar places.  As I mentioned earlier, I realize how important it is to be a voice for the voiceless and to let people know that pets are not objects.  And so I created pawnuts.com.

PAWNUTS.com is a Web store for people who are NUTS about animals and concerned about their welfare.  I design, from home, car magnets, tote bags, and T-shirts that make a statement.  In fact, each item has a different message, all intended to promote responsible pet ownership, and more, and they can be read by everyone, everywhere.  I’m told that the items are more effective than a billboard, and I hope that, in the not too distant future, people throughout the country will want to make a statement and check-out pawnuts.com.  All of you, every where.  Check it out.

Thank you Sherry, we will!