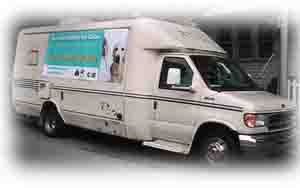 We love hearing stories of amazing animal saviors, and the great lengths that caring compassionate people go to in order to help pets and give them a chance at a well-cared for life in a loving home. We consider these extraordinary people – and the volunteers, donors, and adopters who make their mission possible – heroes to homeless pets! This week we’d like to introduce you to Garo Alexanian, a true pet hero. To sum up all Mr. Alexanian has done in the past 25 years to help improve pet welfare and lives in New York City would take volumes! But to give you a little understanding of his background, he started rescuing animals when he was 9 years old, worked in a veterinary hospital starting at 16, and his best friend was a German Shepherd named King. His early experiences, and his profound love for King led him to promise himself that he would dedicate his life to helping animals. He’s been a passionate advocate for positive change in the animal control system ever since. You can read the rest of his history on his Companion Animal Network TV website here.  For this article, we spoke to Garo about two amazing programs that are having a wonderful and measurable impact on animals’ lives in New York City: 1) Safety Net – a surrender prevention program, and 2) a super low-cost full-service veterinary program. 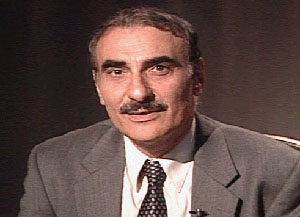 Garo explains more: “Our 25 year old “mom and pop” volunteer organization had been lobbying three different animal control administrations for 10 years to permit us to launch a never before tried program to prevent surrenders. In 2005, we finally resorted to appealing to the Board of Directors of NYCACC, whose Chair is the NYC Health Commissioner. To our amazement Health Commissioner Thomas Friedan liked our proposal and we were given the opportunity to implement the nation’s first surrender prevention program at an animal control agency. We invented, funded, and operated a telephone and animal HelpLine we named the Safety Net Program. It was open 7 days a week, 365 days a year, with me personally taking a hundred or more live calls per week, including animal control calls referred from the NYCACC.” (NYCACC is “Animal Care & Control of NYC” – who, since 1995, has been responsible for NYC’s municipal shelter system, rescuing, caring for, and finding loving homes for nearly 40,000 homeless and abandoned animals in NYC each year.)

What was Garo’s background that made him the right person for this immense job? Garo says, “We founded our organization’s HelpLine twenty years prior, and had serviced over 200,000 calls in two decades. So we had already been doing what rescuers dread most, taking tens of thousands of “I want to give away my pet” calls when we got this semi-official opportunity to work with NYCACC. After a few years of operating the expanded HelpLine, and realizing that a small volunteer organization with one full time call-taker (who else, me of course), could not advance and progress the surrender prevention program’s capabilities, we turned the HelpLine over to the Humane Society of the United States.

Several years later, the HSUS renamed the program Pets For Life, and it now handles up to 500 calls per week, with several paid full time staff, and over 50 volunteers, with supportive small grants for special situations. It was so successful that within a couple of years NYC turned over all 311 animal emergency calls to the Pet for Life HelpLine instead of animal control, removing a massive burden so NYCACC can concentrate on better treatment of animals and increasing adoptions.

Some of the services the HelpLine provides are referral to low cost boarding, low cost veterinary services, free animal and owner training, assistance in obtaining service dog qualification, free attorneys for landlord tenant issues, allergists who, unlike mere MDs know what they are talking about, and do not automatically advise people with allergy concerns to “get rid of the pet and see if it gets better,” to name just a few.

However, it became clear that many, if not most, pet owners who considered surrendering their pets due to inability to afford veterinary care, had no means of transportation to the handful of vets who were participating in our Low Cost Veterinary program.

So we came up with the idea of buying a mobile vet hospital and going to the low income communities where NYCACC has its shelters, in order to provide super low cost and free veterinary services to prevent surrenders. It took about two years to find a low mileage, impeccable condition, used mobile vet hospital at a reasonable cost. I put my last penny into buying it, and fully expected to lose it all within a few months. But I always lived by the motto that it is better to give it your best shot and fail than not to try at all.

We launched the Low Cost Vet Mobile on July 25, 2009 at the Manhattan NYCACC. We had a live interview on the CBS Morning News that day and a major article was featured in the NY Daily News. One hundred pets needing care showed up on our first day! Two days later we launched the service at the Brooklyn NYCACC, and another one hundred pets showed up there – there were even fist fights over who would be seen first! We could not believe the response. We started with two days a week and were on site from 9AM to as late as 3 AM. Within two months we expanded to three days a week, with two days allocated to Manhattan. To keep the service staffed with vets, vet techs, medical record secretaries, and thousands of items to be able to perform major surgeries at a moment’s notice, I barely slept and ate for the next two and a half years.

When the NYCACC pet surrender statistics came out in 2010 at the end of our first full year (see chart), we were amazed. We had boldly predicted a 10-12% reduction in surrenders, and in actuality they dropped even more – by 15% with 5,094 fewer intakes of animals. In the previous 6 years surrenders had not changed much at all, hovering at around 40,000, give or take a couple hundred

Our second full year ended in 2011, and statistics show another 9.2% drop had occurred in surrenders. In two years time surrenders reduced from 40,742 to 31,561, a 24.2% drop! Thank heavens, as the adoptions simultaneously dropped due to the economic meltdown, so our Vet Mobile’s gains were more than able to offset the reduced adoptions, so euthanasia continued to dramatically drop.

It has been a team effort between the major players such as the NY City Health Department, the ASPCA, the HSUS, Maddie’s Fund, Mayor’s Alliance for NYC’s Animals, the rescue community, and our Low Cost Vet Mobile.

In 2012, our third full year, we are expanding to a five day a week schedule. We hope to save enough money in a few years to be able to purchase a strategically located building to provide NY City a new low cost 24 hr animal hospital, low cost boarding, and adoption center.

Two years ago I would have laughed at myself for being unrealistic and just another utopian dreamer. No more. I believe in dreams, but you must act out your dreams to make them come true.”