Adopt-A-Pet.com News < Why Pets Should Be Included in the Presidential Debate

Why Pets Should Be Included in the Presidential Debate 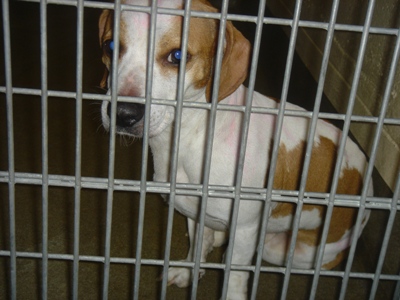 Yes, I want to hear about Mitt Romney’s tax plan.  And, yes, I’m very interested in Obamacare.  And foreign policy.  And the deficit.  And the mortgage crisis.  But there’s another topic I’m just as interested in, one I’d like both presidential candidates to be asked about at the next debate: how to solve our national companion animal crisis.  Namely, how to remake a system that wastes hundreds of millions of taxpayer dollars on housing, and ultimately killing, millions of healthy dogs, cats and other companion animals.

Perhaps some of you just rolled your eyes, but I’m guessing not many.  After all, according to theAmerican Pet Products Association’s National Pet Owner’s Survey in 2011, 62% of all American households include at least one pet. There are over 78 million owned dogs and 86 million owned cats (“owned”, meaning not a stray, currently for sale, or awaiting adoption in an animal shelter or rescue organization).  In 2011, Americans spent $51 BILLION on our companion animals, the highest expenditure ever, even in the face of global recession.  In short, we Americans love our pets.  And many of us spoil them rotten.

But just like with the ubiquitous “99%”, inside the pet population, there are clearly the “haves” and “have-nots.” The ASPCA estimates that 5 to 7 million companion animals enter animal shelters each year. 3 to 4 million of those, the majority of whom are healthy and adoptable, are killed for lack of space, or because they slowly became unadoptable after living in the high-stress environment of a shelter for a period of time.  This is unacceptable to anyone who cares, who acknowledges the positive effects of sharing our homes and our hearts with those who have paws (or wings).  If you’ve ever cried into the fur of your beloved dog or cat, you know that this method of dealing with homeless animals must stop.  As Mahatma Gandhi famously said, “The greatness of a nation and its moral progress can be judged by the way in which its animals are treated.”  What does it say about our national morality that we find it acceptable, if sad, to take the lives of innocent creatures, creatures full of potential to love and be loved, to be a best friend and family member, but who instead leave the shelter in a trash can?

And then there are the tangible fiscal issues.  The candidates are debating cutting miniscule funding for Big Bird while governments in every city and county in the nation pour taxpayer dollars into the rounding up, housing, and killing of innocent animals.  That money could be used to help underserved kids, Mr. Obama, or refunded to taxpayers, Mr. Romney.  Furthermore, when nearly every state in the union is operating at a deficit, it creates a drain on the federal government. It’s in our national interest to stop this wasteful, irresponsible spending at the state level.

Before I cast my vote next month, I’d like to know where the candidates stand on this issue.  Currently, of course, all companion-animal laws are enacted at the state or local level.  There is nothing, however, that precludes our national politicians from having an opinion on states issues, and from putting forth ideas on how to solve them (and, if you need examples of that, see same-sex marriage, Roe v Wade, and other issues that are active at both a national and state level).  Both candidates own, or have owned, companion animals (I can hear all those Seamus-on-the-roof or Obama dog-eating comments now), and I assume they both love their dogs.  Disclosing their stances on the companion animal crisis will tell us a lot about these two men: their capacity for compassion, their problem-solving abilities, their willingness to acknowledge a problem that affects millions who don’t have a voice of their own, but are every bit as much a part of the American fabric as you or I.