What I did when a stray dog attacked

Posted by Jennifer on December 4th, 2014 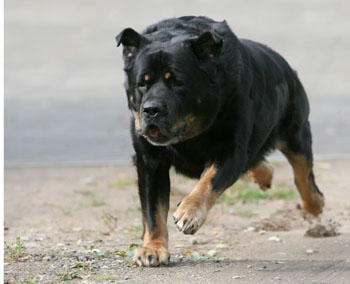 I’ve been out walking my dog and been attacked by a stray dog. Thanks to being prepared and a good dose of luck, all of us escaped without any permanent harm. The first time I witnessed a loose dog attack a person was in New York City’s Central Park, when from far away I watched as two off-leash dogs, no owner in sight, stalked and then attacked a person and their little dog. Fortunately people rushed in to help, likely saving the life of the little dog and possibly the person too. When I moved to Los Angeles many years ago, I lived in a not-so-great part of town. I was terrified by the number of unfriendly stray and off-leash dogs I was suddenly fending off from my dogs on our daily walks. Fellow dog-walking neighbors told me to carry a walking stick to swing at them to keep them away, but the coordination needed to manage that and my two dogs on leashes was more than I could manage. I also really didn’t want to have to hit and potentially permanently harm any dog! I asked an animal control officer I knew for advice and he showed me what he carried on his police-like belt…

Pepper spray gel. I got exactly the type he used from a local self-defense store. I’d seen a few dogs come in to the shelter who’d been pepper sprayed, and although they often had red eyes (and were wet from the officers hosing them off to help reduce the spray’s effect more quickly) they all recovered without any permanent damage.

Having the pepper spray made me more confident, which is another important tool officers also use when handing stray aggressive dogs: stand big and tall, don’t run, try not to act afraid but also don’t antagonize or threaten them, and many dogs will posture by circling, hackling, and growling, but will then retreat instead of attacking. For the next few years, though my dogs and I saw and were approached by at least a dozen stray dogs, many unfriendly ones, they never got close enough where I had to use the pepper spray. I was so relieved!

Then came the day. I was out walking when I saw a dog that I thought I knew – a big fairly rare-breed purebred dog, easy to recognize. He’d been loose just a few weeks before and badly bitten a neighbor. I tried to hide myself and my dogs behind a parked SUV as he ran by on the other side of the four lane street, but he caught our scent – and circled around until he saw us. We were lucky. That had given me the time to pull out the pepper spray from it’s holster and have it ready in my hand.

If I hadn’t, what happened next happened so fast, there’s no way I would have had time to use it. When he saw us, he didn’t hesitate. He charged full speed at us. Silent and terrifying. Totally different than the other stray dogs who’d approached us slowly hackling and growling. I only had time to yell one “No!!” before he was on us. He barreled into my 70 pound dog with his mouth open. He was going so fast the force of the impact rolled them both over, and so he didn’t get a grip.

The two dogs somehow ended up a few feet apart right next to me as they sprung to their feet. I sprayed the pepper spray right at the stray as I yanked my dog’s leash to pull him away. Adrenaline kicked in and I felt laser focused, making my aim better than I would have expected in such a situation. The spray came out in a stream of gel that hit his shoulder, causing him to turn away from my dog and he actually bit at the stream with his mouth, causing the spray to go all over his face! At the same time I was stepping away from him I kept spraying his side, and he moved in a half circle around us, then he bolted back across the street! There he started rolling in the grass, rubbing his face which I imagine at this point was burning. Fortunately, someone who I think was his owner came out of the house. I yelled “hose him off!” and then hightailed it out of there just in case the dog decided to come back for another attack.

This is just my experience using pepper spray to ward off an attacking dog. I do not in any way endorse or advise any one to try what I did. I’ve heard that pepper spray can blow back into your eyes, so along with my other luck I am lucky there was no wind that day. I am lucky the dog decided to bolt away from us, and I am very thankful a person was there to care for the dog after he’d been sprayed. (I heard later he was just fine.)

It’s been more than a decade since that attack, and I am still grateful for the advice of the animal control officer and all the luck that kept me and my dog safe from a dog attack that day.