You might know that chinchillas are rabbit-like animals with small bodies and soft fur. What you might not know, 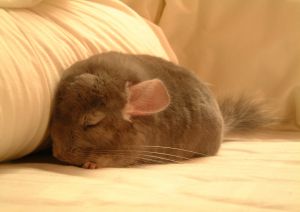 however, is that chinchillas are sadly abandoned by their owners, too, and many are homeless just like cats and dogs are. With the increase in foreclosures, all animals were effected. This means that there are many adorable chinchillas up for adoption through rescue groups or local shelters. You can even search right here for a chinchilla to adopt near you!

Unfortunately, it’s the same excuses when it comes to surrendering any animal, and these little friends are no exception. Often people don’t know what they’re getting into when they get a chinchilla in the first place. Through awareness and education, hopefully people can learn more about these special pets and be better prepared to commit to their lifetime before bringing one home. We just want to remind people that there are plenty of chinchillas out there to adopt when they’re ready! For more information and facts about chinchillas, click here.