Posted by Jennifer on November 5th, 2012 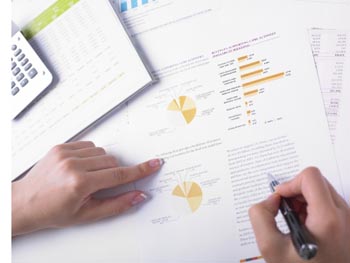 A new scientific study of pet owners published recently reveals some interesting statistics about pet owners and pets that get lost. This was the first study of its kind! The study gathered data about the frequency of pets getting lost from their homes, what percentages of pets were recovered… and perhaps most importantly, revealed what methods owners used most often to successfully find a lost dog or cat. What were those methods? You can download and read the full survey here, or read on for our summary of the results!

The study used: “a cross-sectional national random digit dial telephone interview” to make 6,996 calls to find 1,015 households that owned a dog or cat within the past five years who were willing to participate in the survey. In the surveyed households, 14% of dogs and 15% of cats were lost at least once in the past five years. Of those lost pets, 93% of dogs and 75% of cats were found – meaning 7% percent of dogs and 25% of cats were never found.  (If you do some math, knowing that there are 86.4 million cats and 78.2 million dogs owned in the US, you can see how many lost owned pets — not abandoned ones — make up the 5 to 7 million pets that end up in shelters each year!)

So how did those the found dogs and cats get home?

ID tags or microchips were responsible for 15% of dogs getting home.

Two thirds of the lost cats who were not found did not have any identification, and so it makes sense that only one cat owner reported that the tag or chip was the primary way the cat was returned home. If as many cats were wearing ID or chipped as dogs… perhaps 15% would also be reunited with their owners too.

What about finding your lost pet at a shelter? “Of the 110 dogs and 74 cats that had been reported as becoming lost, only nine (seven dogs and two cats) were found at animal control or through law enforcement.” But… “Of the cat owners who did not recover their cats (18 out of 74), only four searched at the shelter. Since the majority of cat owners that lose and do not recover their cat did not search at the animal shelter, there is likely an opportunity to increase messaging regarding this option as a search method for cat owners. Since 25% of lost cats were not found, other methods of reuniting cats and their owners are needed.”

We recommend cat owners search the shelters, microchip and tag your cats! Along with the other tips we suggest in our find your lost cat article here.