Best of Adopting a Cat < Can you adopt a black cat before Halloween?

Can you adopt a black cat before Halloween? 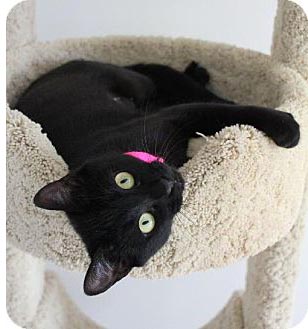 The fact is, sadly, animals are killed in rituals in almost every community in the US. I worked at an animal control agency for 10 years where I heard first-hand accounts from animal control officers who were called to investigate ritually killed and discarded animals of all kinds. This was in a suburban area of Los Angeles! Just like other types of animal cruelty, it can happen anywhere. When I first started working at this shelter, they would not adopt out black cats for the entire month of October, telling adopters to come back after November 1st. Unfortunately, the limitation on an easy supply of black cats did not slow down the (rare but ongoing) animal sacrifices. The criminals simply switched to other colors and types of animals they could obtain for free. So the shelter adjusted their black cat policy to allow people to adopt black cats at any time – with the condition that if they adopted them in the few weeks prior to Halloween, they could not pick them up until after October 31st.

In speaking to and listening to shelters and rescues around the country talk about the challenges of adopting out black cats near Halloween, I’ve learned almost every shelter and every rescue handles the situation differently, depending on what they feel works best for their facility and their community. Fortunately  the shelter where I worked had the resources (space & staff time) to be able to set aside black cats adopted in October without negatively impacting the lives of other cats in their care, while trying to keep them healthy and happy during their wait. Other shelters are not so fortunate in their resources, and it is a tough balancing act weighing the welfare of all the cats in their care and once they are adopted out into the community.

What can you do to keep your cat safe, and help black cats in general?

Best of Adopting a Cat, Best of Cat Safety, Pet Health and Safety |